Page 13
In allusion to the fame things seven signifies perfection . On the se , venth day
God had perfectly finished the works of creation . Before atonements ,
consecrations , or luf . trations could be perfected under the law of Moses , the
guilty person ...
Page 49
Such , for instance , as the first vision recorded in this chapter , verses 12 , -16 .
which related to the then present state of the seven Christian churches in Asia .
The state of these churches , at that time , is delineated in the seven epistles ...
Page 50
In this verse , Jesus explains the mystery , or hieroglyphical meaning , of the
seven stars , which John saw in his right hand , and of the seven candlesticks .
He plainly tells him , that the seven ftars are the angels of the seven Christian
churches ...
Page 58
UNTE the angel of the church of Ephesus , write , these things faith he that
holdeth the seven stars in his right hand , who walketh in the midst of the seven
golden candlesticks ; Christ commands John to write to the minister of the church
of ...
Page 252
And I saw the seven angels which stood before God ; and to them were given
seven trumpets . When the seventh seal was opened , the whole of the roll or
book from that feal to the end of it was rolled off : and John saw drawn upon it
feven ... 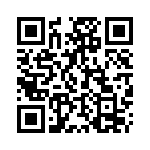