Geoffrey Shaw, Ph.D., received his doctorate in history from the University of Manitoba, with a focus on US diplomatic and military history in Southeast Asia. From 1994 to 2008 he was an Assistant Professor of History for the American Military University. He has written and spoken widely about US military involvement in Vietnam and the Middle East. Currently he is the President of the Alexandrian Defense Group, a think tank on counterinsurgency warfare. 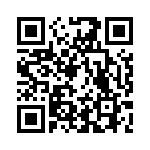